Janardan Das, alias Johny, happens to be a rookie policeman dreaming of making it big as an investigating officer but ends up working officially as a security cover for an influential political leader named Promod Sen whose wife Suroma claims to love Johny like her own son. And despite the objection of Pramod, Johny gets to work primarily as a house helper in buying groceries for the family or taking their daughter’s dog for his daily walk. Johny always has to lie to his wife Ankhi about his duty to keep his pride.

In the meantime, Ankhi’s nephew, thirteen-year-old Bonny, runs away from his home in Durgapur and comes to Janardan’s house to participate in a chess tournament in Kolkata. The relationship between Johny and Bonny is complex like Tom & Jerry. Johny is an old school man who believes children must listen to the adults. Bonny is of the firm belief that in today’s world, children can be more intelligent & rational than adults. Whenever Johny strives to narrate his on-duty fictional stories to Ankhi, Bony claims them to be blatant lies.

But the situation takes a wild turn when three armed criminals try to enter Promod’s house and showing great courage, Johny resists them even after getting shot. Johny gets the charge of investigating the case and comes to know Promod Sen’s daughter is missing since the incident. During the investigation Johny understands there are some extremely powerful people behind the attack and his department is actually reluctant to solve the case.

At the same time, Bonny’s chess tournament starts. Bonny is eager to help Johny but Johny doesn’t want that.

Will Johny be able to solve his first case?  Will Bonny be able to prove himself by winning the chess tournament?  Or will the courage of Johny & the intelligence of Bonny make a formidable team to fight against the rotten system and unravel the mystery.

The story is about the policing system, the game of chess and the dream of a rookie officer and an adolescent boy.

It is the first investigation story of Johnny & Bonny.

Making Info : – “This is a story of mix genre (cop genre & chess genre). We are lucky to have chess grandmaster Dibyendu Baruya and his chess academy to help us to design the chess games and help us to understand various nuances of the game.
We also have taken help from ex police officers to make the cop story more authentic.”,Said Abhijit Chowdhury. 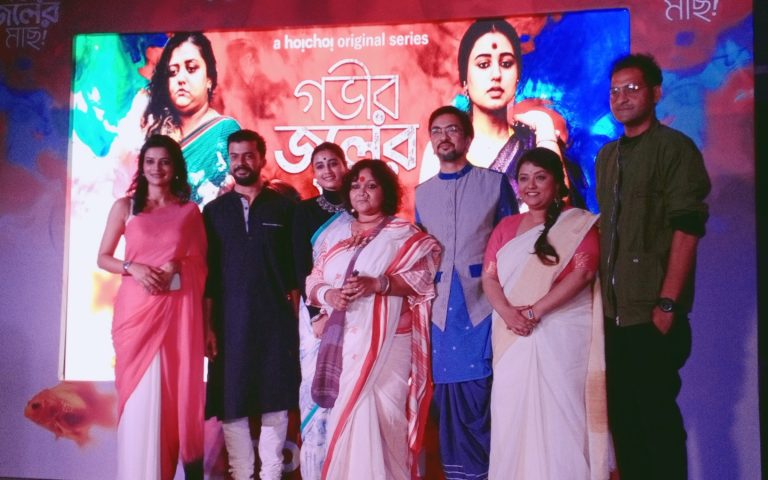 A tale of four women, intertwined lives, a fatal game and drama galore!